WITHIN 15  YEARS of the organization of the Grand Lodge of Tennessee, the 97th lodge in  Tennessee was chartered at Cleveland on April 10, 1856. The lodge was named “Ocoee,” which is an Indian word meaning “apricot vine place.” Cleveland  and Bradley County were part of the Ocoee District lands purchased from the  Cherokee Indians. Bradley County was created from the Ocoee District in 1836.  Along with the Lodge, several other early Cleveland businesses bore the  name “Ocoee.” These included a newspaper, a bank, and a hotel along with the  “main” street in town.

Ocoee Lodge was  chartered with some of the leading men in town making up the membership roll.  Some of these early members included: Thomas J. Campbell, cashier of the Ocoee  Bank, who served as Noble Grand of the Lodge; C. Schwartz, a teacher at the Oak  Grove Academy, was an early member as well as Secretary; a Cleveland mayor, W.I.  Campbell; and Cleveland alderman, H.M. Collins. The young lodge members proved industrious as they entered into a contract to lease the second floor of G. W.  Park’s store. After having plastering and woodworking done, the Lodge occupied this building by August 1856. The Lodge steadily recieved new members over the course of the next few years on into the 20th Century. The membership was made up of ministers, bankers, lawyers, factory workers, small business owners and others that provided a cross section of the community. Early on the Lodge made contributions to the Cleveland Brass Band, established a widows and orphans fund, assisted persons in distress and performed countless acts of benevolence for the membership. They also took time to fellowship together as they held picnics at Mineral Park and Waterville Lake, took steamboat rides down the  Hiwassee, and held other social events. The Journal and Banner reported that a  1909 picnic at Waterville drew 300 members of the fraternity as well as 1500 to  2000 guests.

After meeting in  various locations including the upper floors of store buildings, the Phoenix  Hall, and the courthouse, Ocoee Lodge purchased the Herald Building in 1915.  This building was located on the West side of Church Street between the First  Cumberland Presbyterian Church and the First Baptist Church. For the next 80  years, Ocoee Lodge occupied the upper floor of this building and leased the  lower floor to various tenants. The building still stands today and is occupied  by offices. Ocoee Lodge assisted with the establishment of other Odd Fellow  lodges in the county. Lodges were organized at Charleston, Georgetown, and Flint  Springs. Charlotte Rebekah Lodge No. 138 was chartered in 1905. Miss Hazel  Gannaway, who was a member of Charlotte Rebekah Lodge, went on to serve at the  state level as President of the Rebekah Assembly of Tennessee in 1946-1947. The  Encampment, an upper branch of the Order, would be organized in Cleveland as  well as a short-lived group known as the Pilgrim Knights of Oriental Splendor.  Between the sale of the Church Street building in 1995 and the summer of 1999,  meetings were held at various locations. In July 1999, Ocoee Lodge held a degree  rally at the Cleveland Elks Lodge and received 15 new members. With this boost  in membership, regular meetings were held with the support of both longtime members  as well as new members. Meetings were held at the Elks Lodge. In 2000 space was  leased in the Village Office building to provide the Lodge with a temporary  home. Due to legislation at the Sovereign Grand Lodge session, women were able  to join Odd Fellow lodges in January 2001. Ocoee Lodge received an application  at their first meeting in January from Sherra Kinder. The Lodge voted favorably and Mrs. Kinder was initiated in January 2001. She was not only the first lady member in the 145-year history of the local lodge but also the first lady to  join any lodge in East Tennessee. 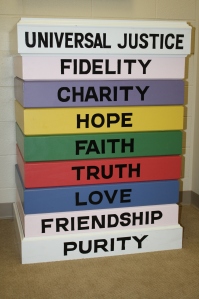 With interest and enthusiasm growing, discussion was occurring at almost every meeting pertaining to finding a building for Ocoee Lodge. Several members had looked at various  buildings for sale but none were considered acceptable. Most of the membership expressed a desire to remain in downtown Cleveland where the Lodge had been located since 1856. In November 2001 a building for possible consideration was presented to the Lodge. The Bell and Associates building located on the courthouse square at 140 North Ocoee Street, was on the market. In years past this building housed Woolworth’s Department Store, Bledsoe’s, and various other  businesses. In the late 1980’s, the law firm of Bell & Associates totally gutted and remodeled the building including the installation of an elevator.  Ocoee Lodge took quick action and, with approval of the Executive Committee of  the Grand Lodge in Tennessee, the Bell and Associates building was transferred  to Ocoee Lodge No. 97, Independent Order of Odd Fellows on December 28, 2001.  The law firm of Bell and Associates is leasing the lower level of the building.  Ocoee Lodge is occupying a large portion of the upper level and plans to lease the remaining portion.

The above information was gathered from “A Dedication to Friendship, Love & Truth,” a booklet given out to all Brothers, Sisters and guests at Our Lodge Hall Dedication.

UPDATES:
Since the time of the above information being printed, Ocoee Lodge has taken in more female members as well as other Brothers into our membership.

In 2008, Ocoee Lodge sold the building at 140 North Ocoee Street that they had purchased from Bell & Associates, and rented until a new facility was found to better meet the needs of its memebership. 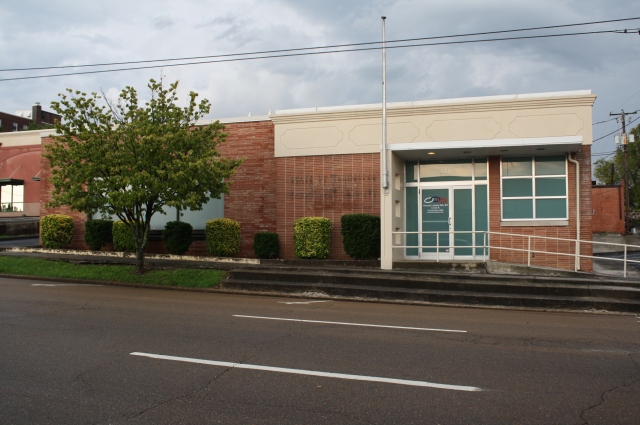 In October 2010, Ocoee Lodge submitted offer to purchase the State of Tennessee Unemployment Office Building in downtown  Cleveland, TN and closed on it and began meeting there in January 2011. After remodeling the facility in the spring of 2011, the Lodge once again has an appropriate building to call the Lodge its home.